Now 15% off Our enticing ASP.NET Hosting Offer comes with:

For virtually the totality of the past decade, AccuWebHosting has dedicated itself to provisioning first-class, rock-solid ASP.NET Hosting offers to anyone, anywhere on the planet. We take an immense amount of pride in the ingenious .NET Hosting technology we provide, and weld this together with an exemplary focus on customer service, with friendliness and technical expertise our primary directive. This exceptional drive towards perpetual improvement and quality has manifested itself in the prosperity and exhilarating growth undertaken by our multitude of contented customers. We are seasoned experts, and have successfully hosted in excess of 20,000 domains combined with greater than 4000 robust Windows VPS services.

What Are the Key Features? 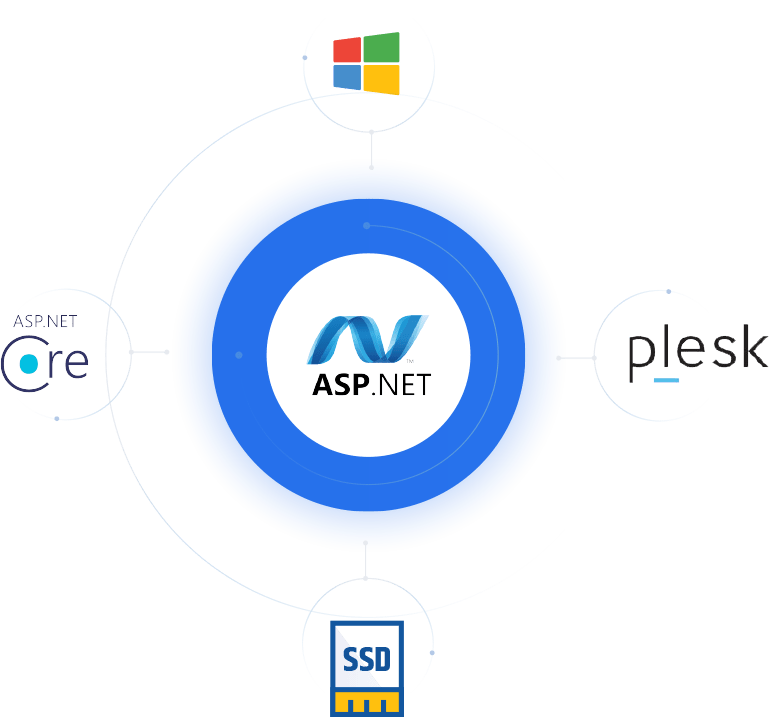 Centralized management of your website, mailboxes, databases and much more.

Full Trust ASP.NET Access - Each domain is isolated into it’s own application pool (250 MB), so, we can securely offer full trust ASP.net access - that allows you to access windows registry and many other features.

AccuWebHosting.com has offered ASP.NET hosting on the venerable Windows hosting platform for the preceding 14 years. .NET is one of the mightiest and rapidly proliferating web application platforms of the current epoch, and is inclusive of the services necessary for users to build & construct world-class web applications, all the while permitting users to minimise the amount of code that must be written. Notably, it is altogether free, permitting programmers to create the dynamic web applications that are so frequently desired and demanded on the internet of today. ASP.NET is widely utilized to realise an incredible breadth of projects: from miniscule websites for personal use, to grand, complex and intensely demanding enterprise-level web applications. It is naturally compatible with three eminently used Microsoft technologies: CLR (Common Language Runtime), VB and C#.

ASP.NET makes use of otherwise standard HTTP commands and policies to facilitate its function built on top of the HTTP protocol, in order to achieve seamless bi-directional communication between the user’s web-browser and the server. There have been a multitude of differing versions released by Microsoft, that are variously compatible with different sets of both Windows Server and IIS. As we strive to provide an exemplary and useful range and breadth to our service, our contemporary Windows 2016 Server hosting offers provide support for the totality of versions. To help augment your knowledge of these many versions, we have compiled a helpful list, elaborated upon below, of each major release.

With that practical history of versions virtually complete, we are brought right up to the current day, with Microsoft’s latest and greatest version of ASP.NET, version 4.6. Never inclined to rest on their laurels, Microsoft has jam-packed this release with exceptionally useful features, designed to make your life easier. To enumerate just a sampling, with this latest version you will have access to perennially useful Strongly Typed data controls, Bundling and Minification for your optimization needs, Model binding, value providers, and so, so much more. Truthfully we could continue for a much greater length of time, but we won’t, since your time is better spent actually using these features to save yourself both time and energy!

These new features, in our humble opinions, make it a no-brainer: if you prefer or need Windows Server for your organization and development, you should move as rapidly as is feasible to one of our Windows 2016 offerings. We accommodate IIS 8 on this same service, providing yet another irresistible reason to perform the upgrade and settle in to an extremely flexible Windows 2016 server.

All our Asp.net plans include....

Find the details of what is included with all Asp.net Hosting plans.

The Latest and Greatest .Net Features fresh from Microsoft

Read our 350+ customer reviews from across the globe...

I spoke with there customer service today for login issues I was having after migrating to a new pc. They were able to resolve this issue very quickly within a minute. I am very happy with...

This service is absolutely amazing. There's no downtime and the speeds are profound. Best choice I made yet. Best Service...

Excellent renewal service, I submitted a ticket which was answered almost inmediatly, I received my new invoice, paid and receive the final payment receipt without any problem...

I have been with Accuweb for several of my websites for years now. Every time I have any issues, the help has been first class. They are fast, friendly and really helpful. Highly...

Get in Touch With Us

The plethora of benefits when hosting .NET with AccuWebHosting

We could chatter on here all day, while we list the ever expanding quantity of compelling reasons that ASP.NET can benefit your Web Application development needs, but to be quite honest, we think one veritable and key advantage stands prominently above all else: its coherent & incredible integration with Windows Server itself. With many services, deployment and creation can be an immense pain. With .NET on a Windows Server, the unified development IDE, Visual Studio .NET, leverages Microsoft’s ability to integrate their services in almost unprecedented ways: you can create with ease, debug rapidly, and deploy without obstacle using naught but Visual Studio .NET itself.

Accuwebhosting.com continues to be at the cutting edge of Windows shared hosting. Embracing this philosophy, we are proud to offer Windows 2016 Hosting. Windows 2016 hosting includes IIS 10, MS SQL 2017 Database support and much more. Along with our SQL 2017 database hosting, Accuwebhosting is one of the very few Windows hosting companies in the world offering all the latest technology on Windows hosting platforms for shared hosting. Some of the prominent features of IIS 10 can be found below:

All our Windows Hosting plans include at least 1 Microsoft SQL Server database. Some of the salient features of SQL Database are as below:

Plesk is a widely used control panel to automate the provisioning of a full suite of website hosting services on Windows shared hosting plans. It enables you to centralize the management of your website, create and manage users, mailboxes, host domains and much more… all within a single interface! An added benefit is that you can also offer reseller hosting using Plesk Panel. 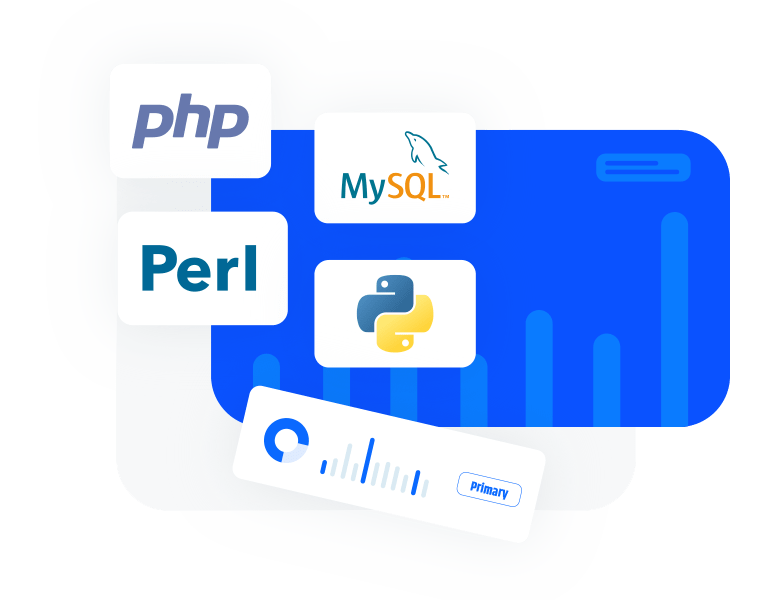 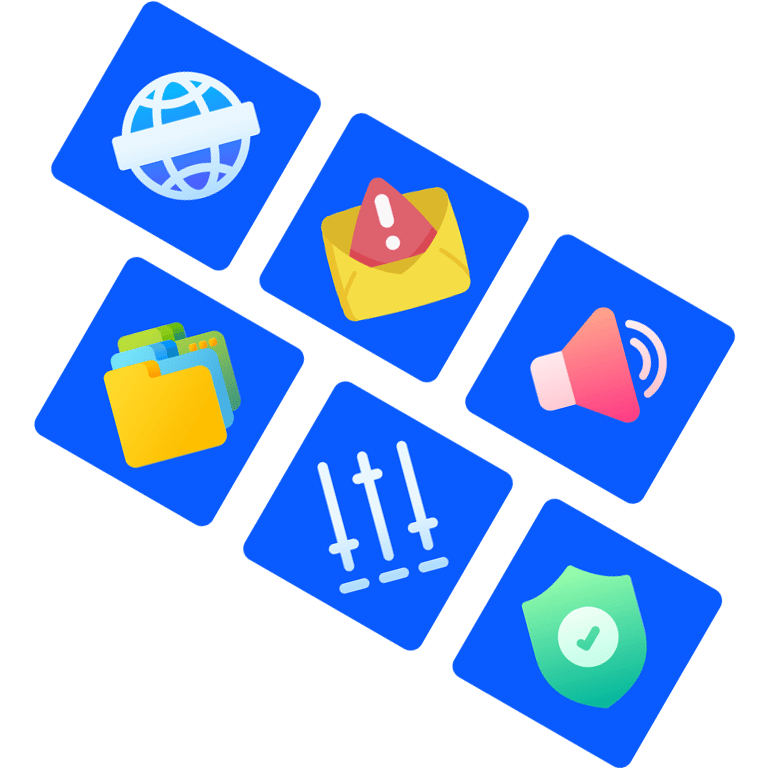 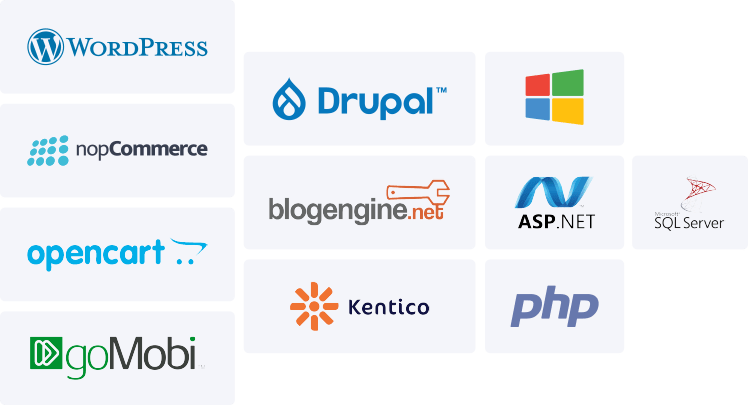 Your AccuWebHosting control panel has a simple One-Click Web Platform Installer that makes installation of the most popular open source web applications easy for you. You can have instant access to the latest versions of Apps - like... 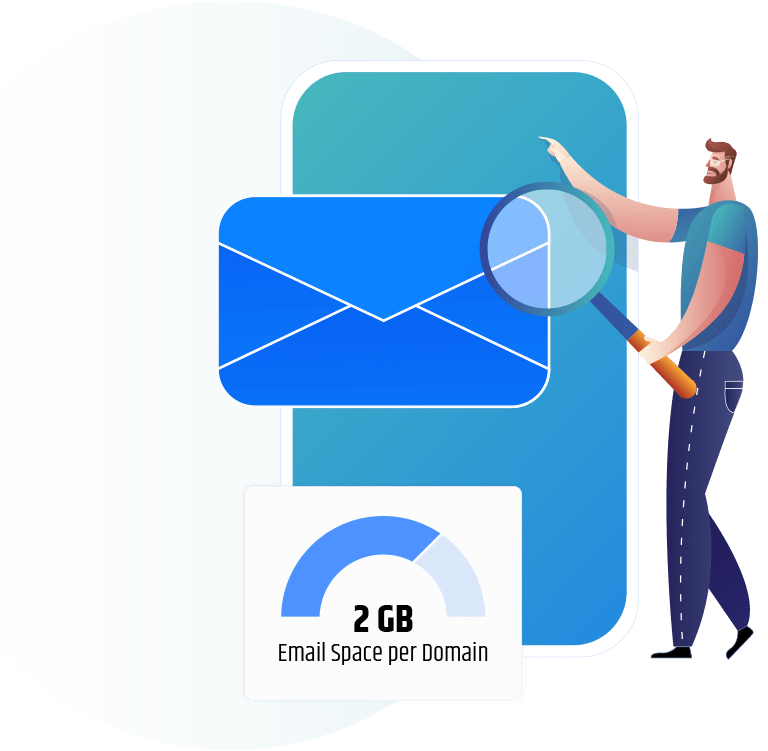 Important features of our email services are:

For a Rapid, Quick Setup

We don’t sit around idly twiddling our thumbs at AccuWebHosting. Upon receiving any order that has been verified through our billing department, your order is instantaneously validated. Every single tool that you require to commence building and deploying your desired website, with total functionality, is helpfully bundled into your hosting package. With an incredibly useful already built-in application installer, a 1-Click installation option will be proffered, should you wish, which is inclusive of more than 100 third party scripts. It is veritably uncomplicated if your current account exists with another provider, just refer to this article for a transferral process.

Fully Managed Support – Rest easy, we’ve got your back

Without exception, the totality of our ASP.NET hosting accounts are covered by our fully managed support contract. This means that, for your peace of mind, we guarantee that a response to a trouble ticket will be actioned in fewer than 60 minutes. Given our global network, we also recognise that businesses (and perhaps you) never sleep, and we thus offer a Live Chat support service, 24 x 7. Have a problem at 3am your time? No problem, our live chat support will be there to assist you all the way. Not only do we provide a sophisticated monitoring service for your website, we are perennially available for expert administrative suggestions and website consulting services. As you will be no-doubt relieved, if not surprised to know, our exceptional ASP.NET technicians are perpetually available, twenty-four hours a day, seven days of the week (24/7!) for absolutely any assistance that you may find yourself in need of.

Backups are the backbone to any successful website. No need to stress, as per usual, we have your back. Every single day, we process our ASP.NET hosting account backups. For your peace of mind, we always consistently retain multiple recovery points, allowing us to restore from any point at your discretion. Providing that a backup is available, you are permitted to restore to your heart’s content – we place no limit on the quantity of restorations from backups that you may perform if necessary. Keep in mind, however, that this is always contingent on the existence of any requested backup.

Any upgrade or downgrade can be actioned simply. So simply, in fact, that any hosting plan can be upgraded or downgraded at will, with no loss of your data or currently used IP address. Any upgrade or downgrade will be completely absent of hand-wringing on your behalf. Relax, you’re in the helpful hands of experts, who know their way around every facet of an ASP.NET hosting account. 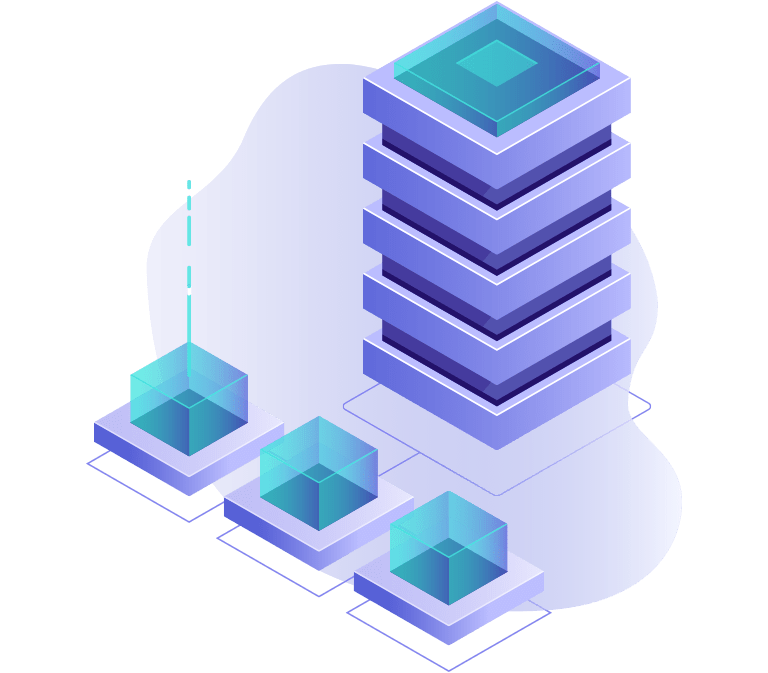 We refuse to ever compromise on sheer raw power or the premium quality of our hardware. The totality of our ASP.NET hosting servers are powered by exceedingly impressive Dual Xeon E5 series servers with a minimum of 64 GB of RAM. This is backed up by blazing-fast Enterprise grade drives configured into a RAID10 setup.

SSDs provide exemplary blazing-fast speeds, and represent a no-compromise approach to storage. Thus, consistent with our mission to provide superlative service, the totality of our ASP.NET hosting servers come furnished with extremely speedy SSD hard drives, configured with a RAID 10 architecture. As if a normal, standard SSD wasn’t enough, the RAID10 configuration bestows incomparably improved performance than any possible traditional configuration. Your hosting environment could never be more secure & stable, with such incredible performance.

In this day and age, bandwidth is of the utmost importance. Users demand ever more of it, and in recognising this need we ensure that each and every ASP.NET service that we provision is provisioned with a blazing-fast 1 Gbps. connection. There’s very little that is unattainable with the rapidity we provide, whether that be your personal website, your complex Web applications, your vast databases, high-volume email services, and likely any other business requirement. The possibilities are limited only by your imagination.

Addons can be purchased anytime

*To get the benefit of the lowest price, signup with the higher billing cycle.